How to find whether your MacBook is refurbished or not? 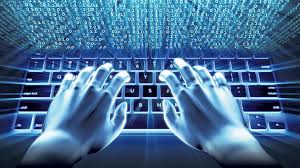 When we see things so, it is quite obvious that because of the internet, things are not just getting advance but also makes our life easy and reliable. If I go back to the old days when I was in my school, so I still remember that for buying I have to go to the mart, but now thanks to the online sites from where I can easily buy anything by staying at my home. Similarly, when it comes about technology so, no doubt the internet facilitates us in so many ways. Whether it’s about communication, education, research, or anything else According to the latest report, it also has been noted that in 2020 there will be an increment of internet advance connections and activities, but still, there are some main and significant hurdles for the internet of things.

So today, in this article, I try to highlight those hurdles which aren’t so rare or new. So without any wastage of moment, let’s get the ball rolling.

When we talk about connectivity, so, it doesn’t mean internet speed or device connectivity. The thing is that the connectivity of the internet in this century is also one of the main and big hurdles. Apart from the underdeveloped of third world countries, there are still some developed states where the connection of internet is still a hurdle specifically in Northern Europe and America there are some areas where people are facing this internet connection coverage hurdle.

When it comes about data privacy, so still in the past few years’ data protection and privacy, and security still becomes one of the major hurdles for the internet of things. every year various advance security measures take place in which end-to-end, malware and other antivirus software are included but still like the progress growth there are also the increment of cybercrime, so this hurdle is not going on into the past recent years but also become the race between cybercrimes and data protection companies which is also one of the major threat and hurdle for the internet of things.

Additionally, people in this century are completely dependant on internet and smartphone technologies in which sharing their data and online documentation is also common. Another thing that makes the software companies in tension is the threat of stealing the data and private information.

One another thing which is also become the reason of the potential hurdle for the internet of things is insufficient knowledge. Undoubtedly there are various new technologies which are introducing and launchings every single day, adopting and installing new software and applications is a good deal but as an individual using that app without the proper know-how become the source of a hurdle. So as an individual it is the duty of all of us to use the technology when we are fully aware enough. Without knowing the implementation of technology and applications is such a time consuming challenging deal.

Another hurdle is the advertising of the growing number of companies. Growing companies in the field of internet and advance technologies is not a bad thing, but making it advertize on a daily basis is like an on and on competition between or among the other companies. Companies like Amazon, Microsoft, Verizon, AT&T, and Arm has no doubt their own well-known and profound reputation, but at somehow coming up with some exclusive packages in the field of network or cloud providers somehow becomes the reason of hurdle and competition.

According to the California based Cisco Company, one of the biggest hurdle in this century is the massive creation of the DDOS that is distributed destruction of services. Every year a heap of consumer devices users get affected from the hackers which are such an alarming and threading thing for the companies, users, and as well as the connection providers as well. This hurdle also impacts on the state privacy where the malicious hackers hit the state regional and private secure data and try to wall off.

According to the world economic forum this wall off hurdle directly affecting the state’s economic (protectionism), regulatory divergence, and also become the reason of loss in government power online global relative companies

DIRE NEED OF IT EXPERTS:

Apart from all the hurdles, one of the main reasons which are the cause root of these above-mentioned hurdles is the limitation or lack of experts. To counter these hurdles and to give the right and skilful analytics is important and for this, there is a dire need of the IT experts. Making a large professional and experienced team means to make your connection more stable and strong.

At last but not least, to make your connections protected it is also a responsibility of every individual to get awareness before going to use or install any advance application or technology. Mac Hire centre will help you to test Mac books with the best battery life? and also they will let you explore all the products of apple to feel the perfection of the technology. from mac hire centre you can get Macbook Pro, iMac rental and rent a mac on lease in London. We also have one of the largest ranges of leading IT and audiovisual equipment available for short- and long-term hire.